Origins and oddities about the Imperial Contrada of the Giraffa

Desplazas
Home > News > Origins and oddities about the Imperial Contrada of the Giraffa
Postata il: 26 julio 2018

Summer, in Siena, is the season of Palio, so we approach one of the key events of the year telling the story of one of the 17 Contrada of the town, which will run the next Palio on August 16th, 2018.

The Imperial Contrada of the Giraffa is one of the oldest in Siena, as the name Giraffa appears as early as 1424, when the game of Pugna was held in the town. The territory of the Contrada extends from Via delle Vergini, passing through Via di Provenzano, Via del Giglio up to Piazzetta della Giraffa, just to name a few streets. There are no certainties about the origins of the name, however it is known that animals like giraffes were known since the beginning of the XV century, so it’s not so strange that this name was chosen.

The official colors are white and red, the emblem depicts a giraffe carried by a Moor with traditional dress; above, a blue ribbon with the writing “Umbertus I dedit”.

How many Palios won the Contrada della Giraffa? 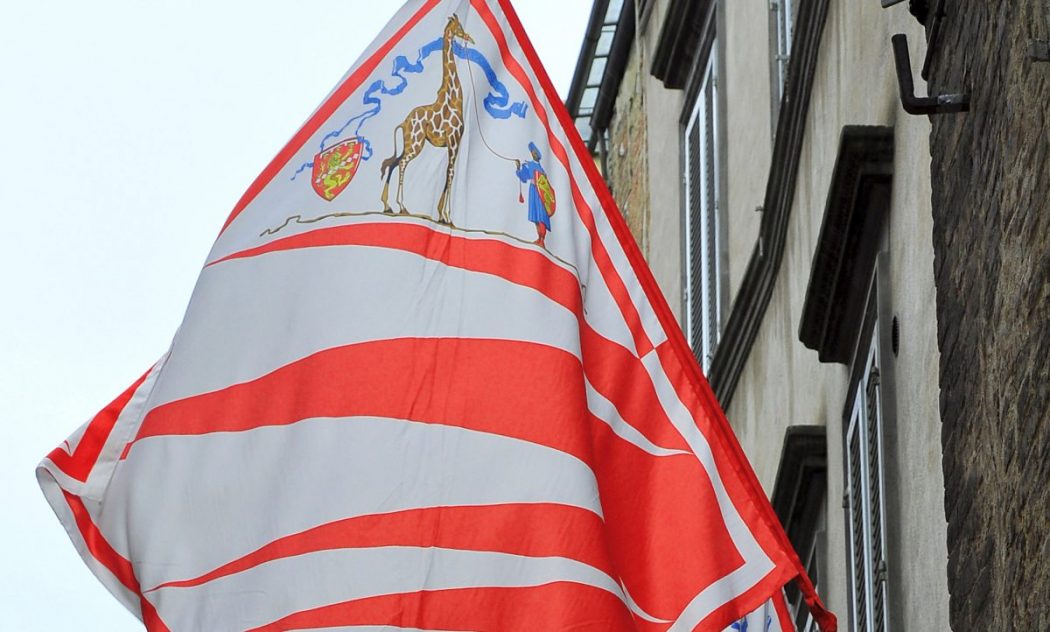 The official number of Palios won is 34, the last on 2nd July 2017; the Contrada declares 42 Palios won and is distinguished from the others by the recurrence of the number 3 in its history.

La Giraffa has made 3 times “cappotto” since its origins (it means that has won the Palio three times consecutively in July and August), the last one in 1997, a century after the victories of 1897.

There are also three names usually added to Giraffa: «Reale», because it won the Palio on 16th July 1887 in the presence of King Umberto I of Italy and Queen Margherita of Savoy; «Imperiale» for the career won on 2nd July 1936, dedicated to the Italian colonial Empire, in the presence of King Vittorio Emanuele III and Queen Elena; «Republican» for the victory got on 16th August 1946, shortly after the proclamation of the Italian Republic, in the presence of the Provisional Head of the Republic Enrico De Nicola.The Contrada Museum is located in Piazzetta della Giraffa 2 and here you can see an item related to a bizarre anecdote: the theft of the Drappellone shortly before the extraordinary Palio race that took place on September 24th, 1967.

That Palio was held to honor the LIX Congress of the Società Italiana per il progresso delle Scienze, however, the Drappellone was stolen the night before the race and so, the winning Contrada that was just the Giraffe, had to do the parade after the victory with sketch of the work (every time the Drappellone is painted by a different artist, in that case was Bruno Marzi). The same evening it was clear how things went: some people from Bologna, came to Siena in the occasion of the Palio, had stolen the Drappellone «as a joke» and decided to return it to the winners to celebrate together.

However, the contradaioli (the inhabitants of the Contrada) didn’t like this joke, and so they asked the authors of the theft to leave the Drappellone in a pre-established place and to disappear immediately.

Today, inside the Museum, you can see both the sketch and the original Drappellone. 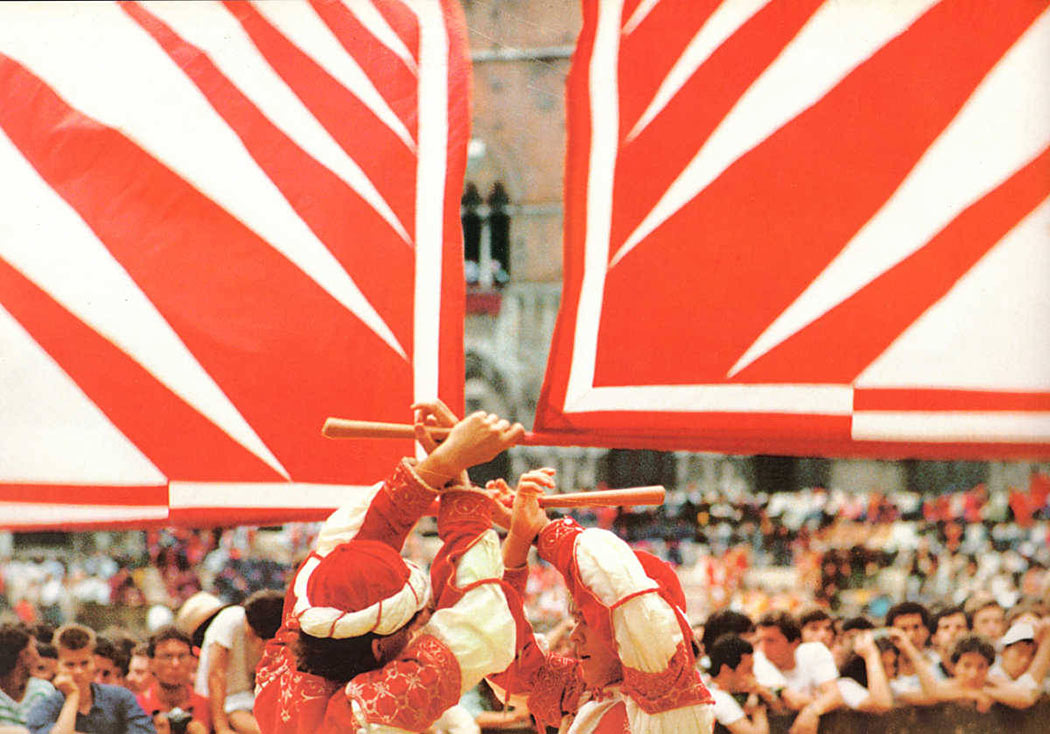 The motto of the Giraffe is «The higher the head, the greater the glory», the allied Contrade are Owl, Porcupine and Panther (Civetta, Istrice and Pantera), while it has no Contrada rival at the moment, only an old challenge with the Contrada del Bruco, officially ended.

The Patron of the Contrada is the Madonna della Visitazione, which is celebrated on May 31st.

For further information about the museums of the Contrada, read our post What to see in Siena’s contrada museums.