Why you should visit Siena Cathedral this summer

The cathedral of Siena is a true masterpiece of Italian Romanesque Gothic architecture that rises in the very heart of the city, in the homonymous square. The green and white stripes of marble are the absolute trademark of Tuscan-Romanesque. known all over the world.The best of Italian sculptors worked in the Cathedral, to make it a true masterpiece of architecture and art: Nicola Pisano, who sculpted the pulpit, Donatello, who created the statue of the Baptist, Michelangelo and Gian Lorenzo Bernini are just a few of the incredible artists that contributed to enrich the Cathedral.

Although some paintings are kept inside the Museo dell’Opera, next to the Cathedral, in the Duomo you can admire numerous valuable paintings. canvases and fresco cycles. In particular, the Madonna del Voto is not to be missed: a little gem inside the homonymous chapel. 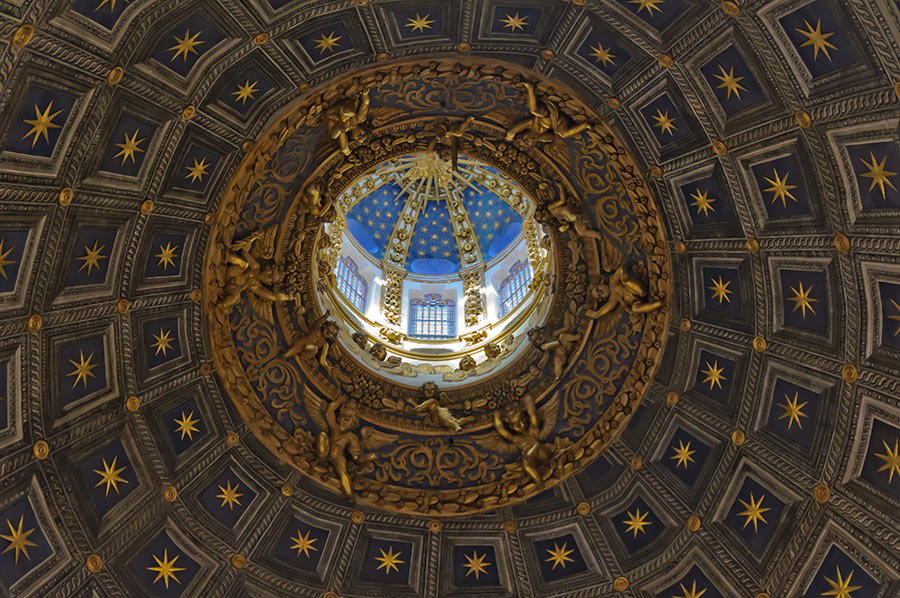 Moreover, don’t lose the chance to admire the masterpieces in the Libreria Piccolomini, inside the Cathedral itself, keeping as treasures the frescoes’ cycles by Pinturicchio and the students of his famous workshop.

One can truly say that the Duomo of Siena is a treasure chest that preserves the most varied examples of art, among which it is impossible not to mention the magnificent marble floor.
Giorgio Vasari described it as «the most beautiful …, great and magnificent … that was never done». The work for its construction began in the Fourteenth century and continued until the Nineteenth century. Many artists engaged in the work through the centuries, everyone of them leaving the unmistakable sign of their passage.

The special opening not to be missed: between light and colours 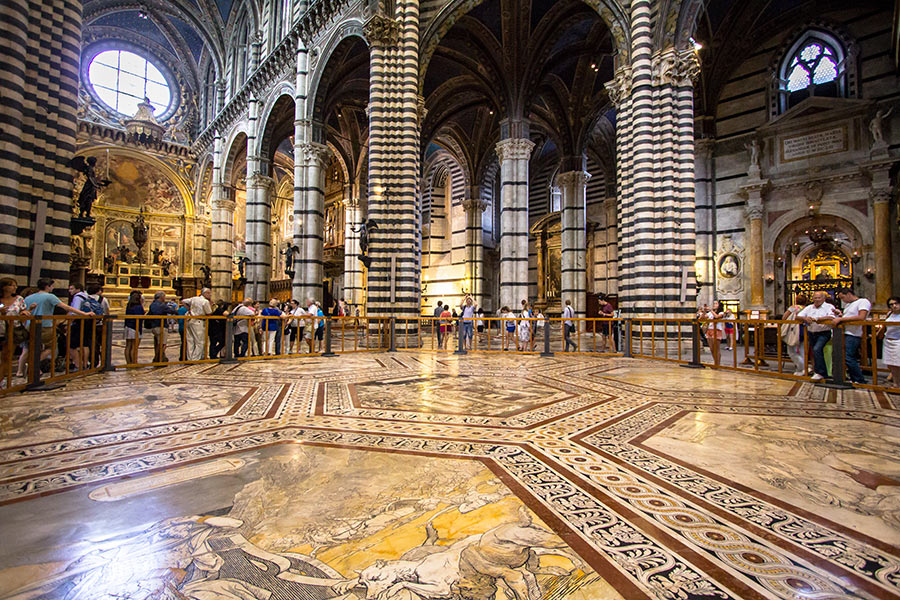 This year, a project by Opera Civita has inaugurated a new way of reading which illuminates the marble carpet inlays, giving the viewer incredible and breathtaking color effects. On the other hand, the writer Henry James spoke of «fermented polychrome» about the Cathedral, which is even more suggestive thanks to the magnificent stained glass along the aisles and the apse.

The floor of the cathedral of Siena is known all over the world, since the most ancient times: in the English press of the end of the nineteenth century, it was described as «The Wonder of Siena». If you are in Siena, you can not miss the special opening of the Cathedral and lose the chance admire the marble floor under this – literally – whole new light. The floor will be visible to the public from 27 June until 31 July and from 18 August to 28 October. The cathedral will remain open to the public from 10:0 am to 7:00 pm from Monday to Saturday and from 9.00 am to 6.00 pm on public holidays. 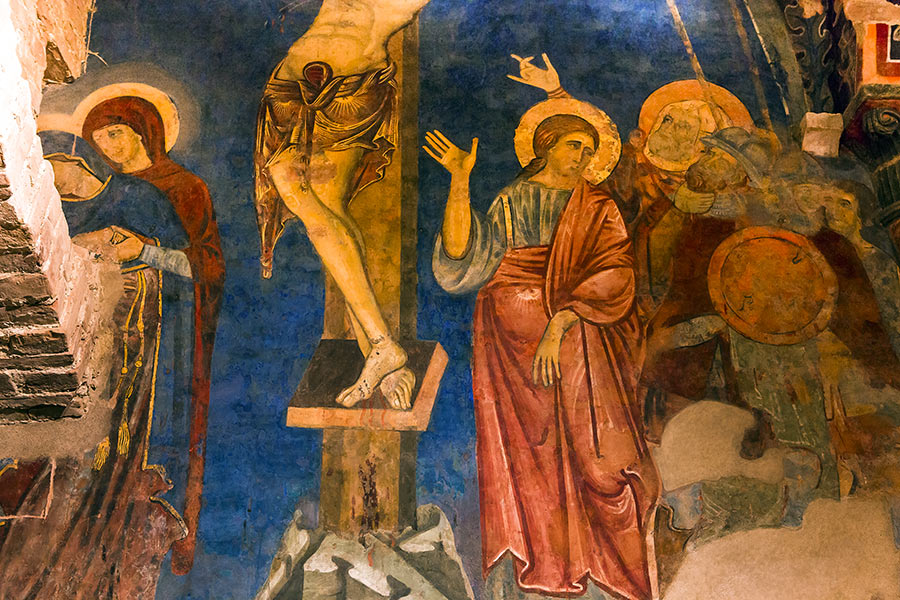